AMUNDSEN - LOST IN THE ARCTIC

A film on the mysterious disappearance of the man who beat Scott to the South Pole... 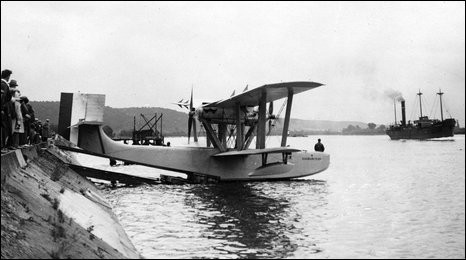 aka SEARCH FOR THE WORLD'S GREATEST EXPLORER (U.S. title)

Roald Amundsen was the world’s greatest polar explorer. The Norwegian was the first to cross the Northwest Passage, he won the spectacular race to the South Pole against his rival Robert F. Scott and he led a pioneering expedition across the Arctic Ocean. But in the end, a revolutionary method of transport became his nemesis – the airplane.

On June 17th, 1928, the Norwegian boarded “Latham 47”, a sea-plane bound for Spitsbergen.Oddly, Roald Amundsen wanted to save his fiercest rival: Umberto Nobile. The Italian general and aviator had just crashed his airship “Italia” on a return voyage from the North Pole. Nobile and several other survivors found themselves drifting helplessly on the pack ice of the Arctic Circle. Amundsen was asked to join the rescue operation. It would be the final mission of his epic and controversial life. At 6 p.m. on that day in June one last radio message was picked up from his aircraft – then there was silence. What happened to Amundsen, greatest arctic explorer of all time, a megastar of his age, has remained a mystery to this day.

The key to Amundsen’s death, believes Liv Arnesen, lies not in his disappearance, but in his life. And Arnesen is one to know. She understands the psychology of polar explorers since she is herself one. She was the first woman to solo to the South Pole and is considered to be one of the most prolific adventurers alive today. In this film, Liv Arnesen makes a journey into the past, supported by Per Arvid Tellemann, a former navy navigator and member of a commission that investigated the mystery of Amundsen’s untimely death.

In parallel, a major expedition sets out to uncover the truth behind the legendary explorer’s disappearance. The Norwegian navy contributed one of its finest ships to the mission, the “KNM Tyr” and the Coast Guard is sending the massive "Harstad". On board is Nicolay Jacobsen one of the few direct descendants of the great explorer. They head out into the icy Barents Sea, following the route of a 1930’s fisherman who snared one of Latham’s wings in his lines.

The navy searches for the wreck of Amundsen’s plane with an underwater drone, “Hugin 1000”. This device is launched into the sea and flies across the ocean floor like a cruise missile, scanning every inch of ground. The system was devised to discover very small sea mines – and is ideally suited to search for wrecks. But as it soon becomes clear, this mission in the tracks of the elusive explorer will not be without hazard...

CHECK OUT: Rudolph Herzog's radio interview on the making of the film in the media section of this site (German language only). 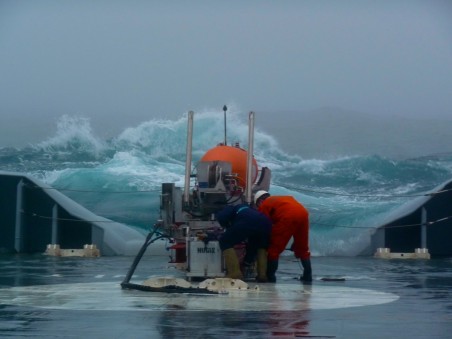 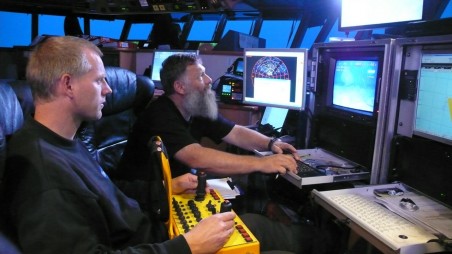 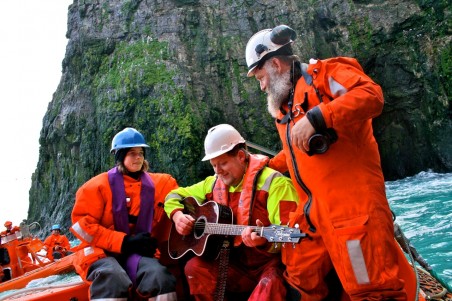