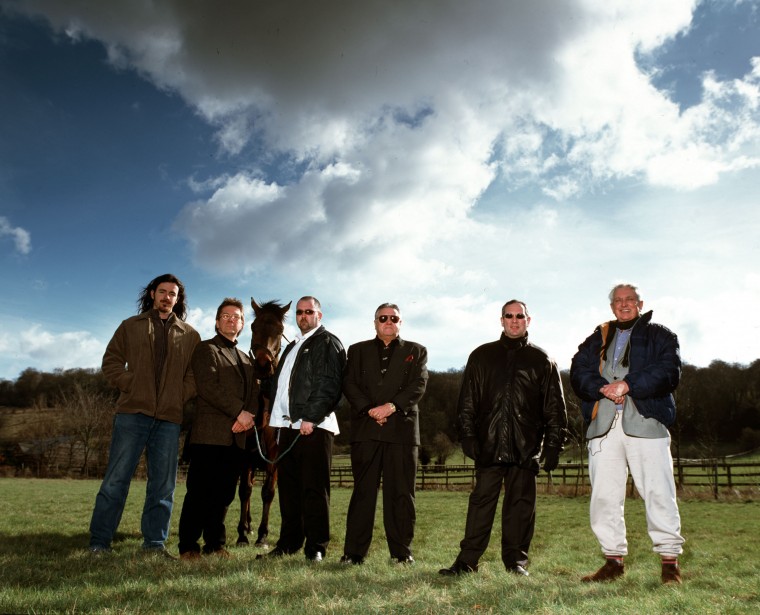 In a nutshell, this is “Ocean’s Eleven” for real. In this series a gang of real criminal masterminds attempts to commit the perfect crime. The gang consists of five former criminals - a reformed gangster, an ex-computer hacker, a penitent jewellery thief, retired extortionist "Dagobert" and a reformed armed robber. In each case the 'heist' is done with the co-operation of the owners but the security teams are unaware of the gangs intentions.
Episode 1: ART ATTACK: The target is a painting that must be stolen from the heavily guarded London Art Fair
Episode 2: MILLION POUND CAR: The target is a prototype sports car
Episode 3: HORSE TRADING: Kidnap and ransom of a million pound race horse

THE HEIST was one of those near-perfect TV formats that rarely surface.
It should have been on BBC1 on Saturday primetime.
- THE INDEPENDENT

An enjoyable three-part series from producer David Glover
(„The Tourist Trap“) and director Rudolph Herzog (son of Werner)
which pits five of „the most dastardly criminals ever recruited“
against the security of four „major institutions“.
- THE GUARDIAN

Now this is fun. Just for once a reality programme concept that truly delivers, and this opening episode builds to an enthralling climax. What really makes the show is the gang‘s terrific characters, particularly Peter Scott,a modern-day Raffles. [...] you won‘t want to miss a minute.
- MAIL ON SUNDAY

When was the last time an action scene in a television drama actually made your heart beat faster? Well, it will during the robbery sequence of THE HEIST.
The only thing is, this new four-part crime series from Channel4 isn‘t a drama.
It‘s reality TV.
- SUNDAY TELEGRAPH

This show has a flavour of such movies as „The Lavender Hill Mob“, laced with contemporary excitement of „Mission Impossible“.
As hidden cameras followed the attempted theft, we can only hold our breath.
- THE OBSERVER

TV Choice of the Day
- THE TIMES 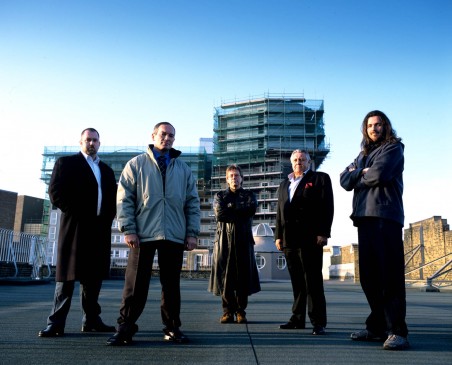