HOW TO FAKE A WAR

Beware when fake news gets out of control... 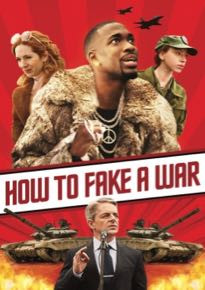 When an unexpected outbreak of peace leads to a ceasefire between Ukbar forces and Georgian rebels, arrogant rock star Harry Hope (Jay Pharoah) fears for the success of his heavily hyped Piece of Peace global charity concert. Desperate, he dispatches his PR consultant, Kate (Katherine Parkinson, The IT Crowd), and her naïve intern, Peggy (Lily Newmark, Pin Cushion), to create a fake war story – until the concert, at least. Things go hilariously pear-shaped when rivals take up arms for real, with Kate and Peggy caught in the middle.